The Place Jalan Riang is probably one of the best kept food estate in Singapore. Located along the same row of shophouses as Wimbly Lu Cafe, Rokeby is a Australian inspired cafe which was just opened its doors recently.

It is a simple cafe which is not very big, and one of the biggest draw is probably its tranquil location. The plus point is that there is no service charge or GST at Rokeby, but of course you are most welcomed to tip.

The Food The mains are pretty much western fares, which go from pastas to burgers to Fish and Chips. The popular weekend brunch concept is available as well to satisfy all the brunch fanatics.

I had the Hazelnut Latte ($6) which was a disappointment. There is not much aroma of the coffee to speak of, while the hazelnut taste was too faded. It feels more like I was having a normal latte. Credits to the fine latte art though.

My choice of Brunch was the Foie Gras Benedict ($21.90). Yes, imagine my excitement when I spotted it on the menu. My first time hearing about Foie Gras Benedict. The pan fried Foie Gras was not bad, but I feel it does not blend well with eggs benedict. As for the eggs benny, it is simply average. It is not runny enough, with a rather tasteless Hollandaise sauce as well. 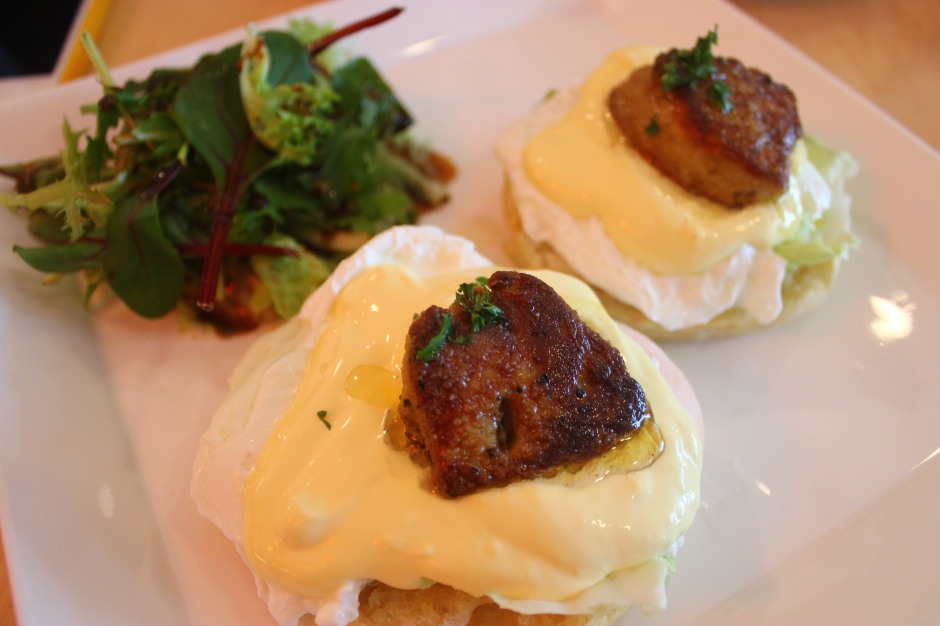 This is the normal Eggs Royale ($14.90) which comes with smoked salmon. Similar to the Foie Gras Benedict, it was a letdown. The eggs are simply not done pretty enough, which says a lot about the standard, unlike the better ones.

Rants There is a lack of distinct factor at Rokeby. It tries to sell everything but I guess the key is finding something you are good at. Food is really average.

Will I return again? tRP will travel for good food anytime, anywhere. Alas, this is not the case for us on Rokeby.

Steak for dinner!
Just go with the flow!
Got our asses out of bed early for sunrise!
Brunch on board!
Playground for today!
What we really like about the cruise so far is that there is no lack of chill out spots with a sea view!
You won’t go hungry on a cruise.
Sunrise this morning.
Home for the next few days.
Love this Truffle Karubi Sumiyaki Donburi!
Our last savoury course of the 9-Course Wagyu-focused Omakase Menu at @TheGyuBar.SG!
Throwback to brunch the other day!