The Place It’s an overseas franchise trend these days. After Honolulu Cafe and Burger Joint, the latest to join the bandwagon is Kyushu Pancake Cafe Singapore, which opened at Novena Regency last week, a few doors from Rochor Thai. Hailing from Japan with two branches in Taiwan as well, you need to book slots in advance to secure your seats as we were told on our incognito visit.

The seating capacity at Kyushu Pancake Cafe Singapore is relatively limited, about less than forty pax. The cafe exudes a vibe which reminds me of those in Omotesando, with a predominant wooden furnishings, warm lighting and its Japanese menu. 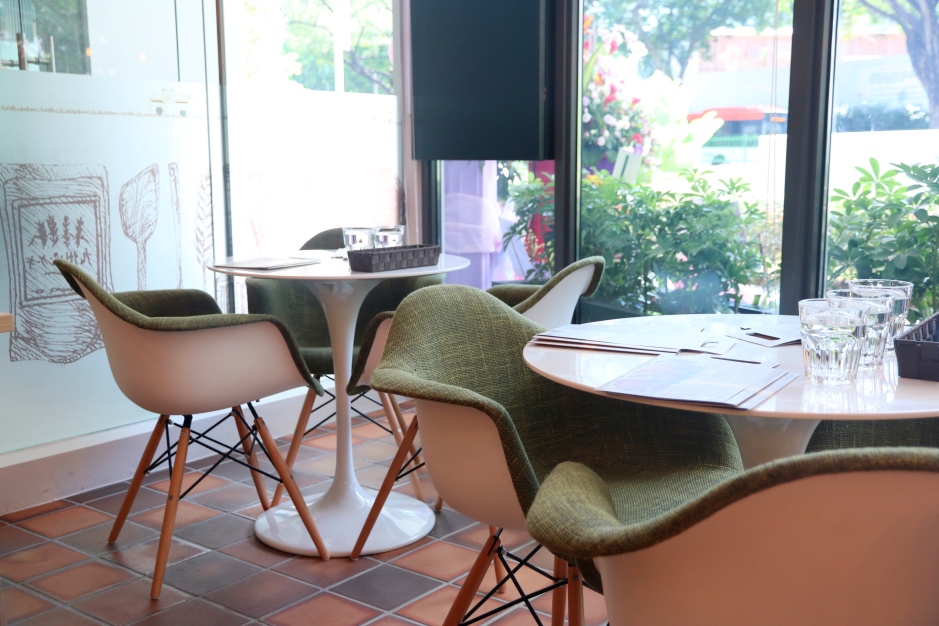 The Food The menu is mostly sweets over savoury items, with the star dishes being the pancakes (what else). We chatted with one of the staff to learn that flour used in Singapore is the same as Japan, using seven different grains from different parts of Kyushu such as Kumamoto and Miyazaki, with no added preservatives or artificial flavours.

We started with the Hot Special Milk Tea ($5.50), which was quite fragrant and you can control your own sweetness level.

The Buttermilk Pancake ($8.50), served with three stacks of pancakes together with white wine honey and fruit syrup. The pancake is not quite the buttery flavour we are used to, instead we find the texture dense and its taste singular. It definitely goes better with the accompaniments, especially the freshly made whipped cream, which I do not usually touch. 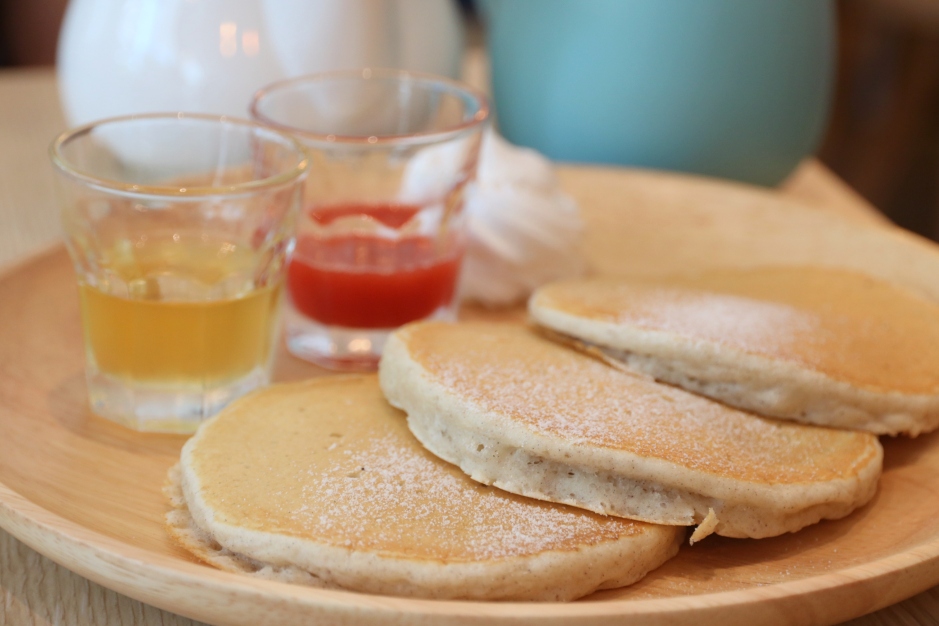 The Eggs Benedict ($18) with bacon and asparagus fared better, only because it added more flavour to the otherwise bland pancake, thanks to the special Japanese hollandaise sauce at play.

Unexpectedly, the best dish we had turned out to be the Classic French Toast ($10.90) served with fresh cream and vanilla ice-cream. The toast was first soaked overnight with egg, before being coated with honey. I love the fuller flavour of this toast, a stark contrast to the pancakes. It tasted good on its own, but was even better with some of the rich vanilla ice-cream, made in-house from the same Japanese recipe. 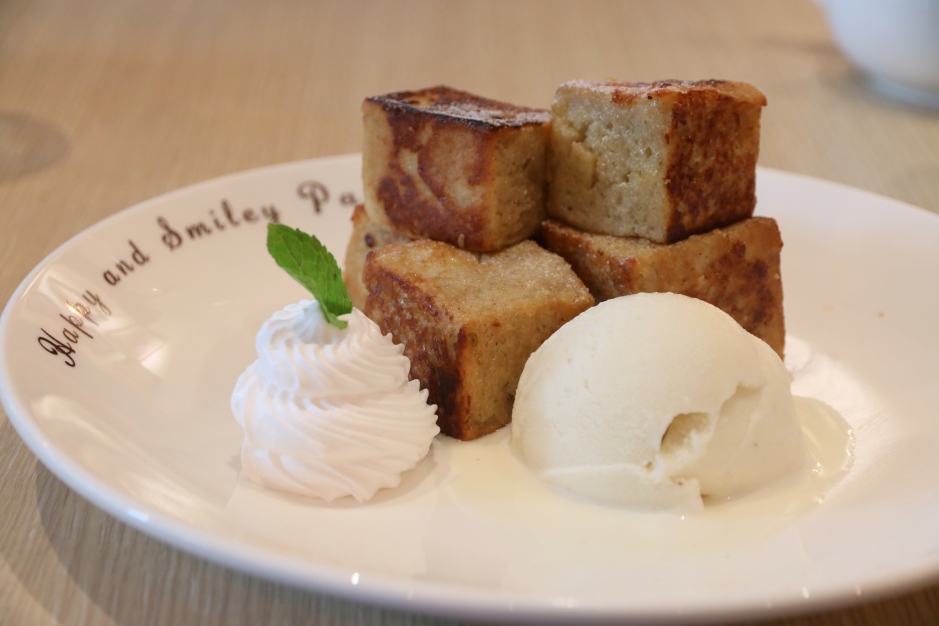 Rants Consider us bias, but we do expect Japanese service standards when I step into a Japanese brand. We were disappointed.

Will I Return Again? Frankly, no. Not because it wasn’t good, but it definitely wasn’t great either. Not helping with a service which bordered being rude at times, I would avoid here till the crowd subsides.

Opening Hours
Monday to Sunday: 11am to 9pm

We know where to have Hokkien Mee now if we are along East Coast Road!
Being pretentious by having a sourdough Kaya toast set with Sous Vide eggs and coffee at @FahrenheitCoffee.SG, located with a spa club along Beach Road. To be fair, the toast itself is quite good, love the Kaya as well.
First downpour in weeks and we wouldn’t mind digging into this plate of char siew roast pork belly noodles from Alex Eating House along Beach Road. Portion is huge!
Quite literally the Breakfast Burger, in all sense!
The best kind of Kueh Party!
Spa or coffee?
Surprisingly good satay at East Coast Road!
A low-carb centric restaurant which we totally approve!
Really love the new dishes off the menu at @RestaurantKin.SG from Chef Damian D’Silva!
New dim sum items from Wan Hao!
It’s probably from the Korean dramas the past year which ignite our cravings for Korean food more often.
An open toast kind of morning brunch, happy mid-week everyone!