Lee’s Confectionery
Let’s just say there is finally a good patisserie in the west, specifically Jurong East. Lee’s Confectionery is a relatively new kid on the block, located about ten minutes walk from Chinese Garden Station and is a stone’s throw from Jurong East Swimming Complex. The dessert shop is located within the HDB block, spotting a simple and neat looking space with limited seats. With prices between S$7 to S$8, the desserts at Lee’s Confectionary is worth returning for. (Read more here…)

The Dragon Chamber
There are not many speakeasy restaurant and bar concept in Singapore. The Dragon Chamber at Boat Quay’s Circular Road is a new partnership concept between Ebb and Flow Group (also behind the One Michelin Starred Bacchanalia by Vianney Massot) and Tunglok Group, disguised in a Kopitiam facade. If you find the name familiar, it used to be housed within Lokkee in Plaza Singapura. The Kopitiam sells Wanton Noodles in the day, and once you push past the secret chamber, it transforms to another world of secret society inspired ambience. (Read more here…)

Sora Boru
From the restaurant group behind Chir Chir Fusion Chicken Factory and Massizim, the recently opened casual Japanese concept at 313 Somerset is perhaps one of the most affordable dining concept in town. Yet despite its competitive pricing, you can expect satisfying rice bowls and other healthier options. Make very sure to try their Snow Beef Don or Bara Chirashi Ebimayo Aburi Don! (Read more here…)

Restaurant JAG
Located along Duxton Road few doors down from Yellow Pot, Restaurant Jag is a shophouse restaurant helmed by Michelin star chef Jeremy Gillon, dishing out classic French fares. The contemporary setting of the main dining space is intimate with just seven tables, followed by an open kitchen where I could smell the aroma of the dishes prepared. The lighting is pretty dim as well, which makes it ideal if you are looking for a slightly more romantic and intimate dining ambience. Moving to level two, it is a lounge bar area if you fancy some pre-dinner drinks or to chill after dinner. (Read more here…)

Yun Nans (云海肴)
Was keen to check out Yun Nans as I rarely come across a Yunnan speciality restaurant in Singapore. As the largest Yunnan restaurant chain in the world, Yun Nans is the first overseas outlet outside China under the Yun Hai Yao (云海肴) group. I would have thought that the interior of Yun Nans would lean towards an oriental look, but boy was I wrong. Instead, it has adopted a contemporary interior design, and I like that there is some greenery within the restaurant which draws my mind to the highlands of the China province. (Read more here…)

Jewel Singapore finally opened its doors, and here’s a list of restaurants you must eat
It was in our last month’s article, but we cannot miss out how throngs of visitors rushed to Changi Airport’s latest crown Jewel and the long queues we have seen at popular restaurants here. From the popular New York burger chain, Shake Shack, to the long-missed A&W Restaurants, and of course our favourite steamboat restaurant, Beauty in the Pot, there’s so much more dining option Jewel offers. Make your trip to the airport now, not to fly, but to eat! (Read more here…)

Four Seasons Hotel Singapore’s One-Ninety Reopens
Following Jiang-Nan Chun’s major revamp few years ago, One-Ninety restaurant at Four Seasons Hotel Singapore spots a new look last month as well. The all day dining restaurant of the luxury hotel in Orchard Road has a botanical theme now, where there is a fair bit of acrylic flowers hanged on the walls and orchid flowers around the restaurant. It all sounds like a fine tribute to Singapore’s garden city reputation, where I also spotted subtle Peranakan aspects in its flooring and table tiles. Interior look aside, the menu at One Ninety is also largely revamped, with majority being new dishes. The focus is also on Provencal cuisine along with Asian twist. (Read more here..) 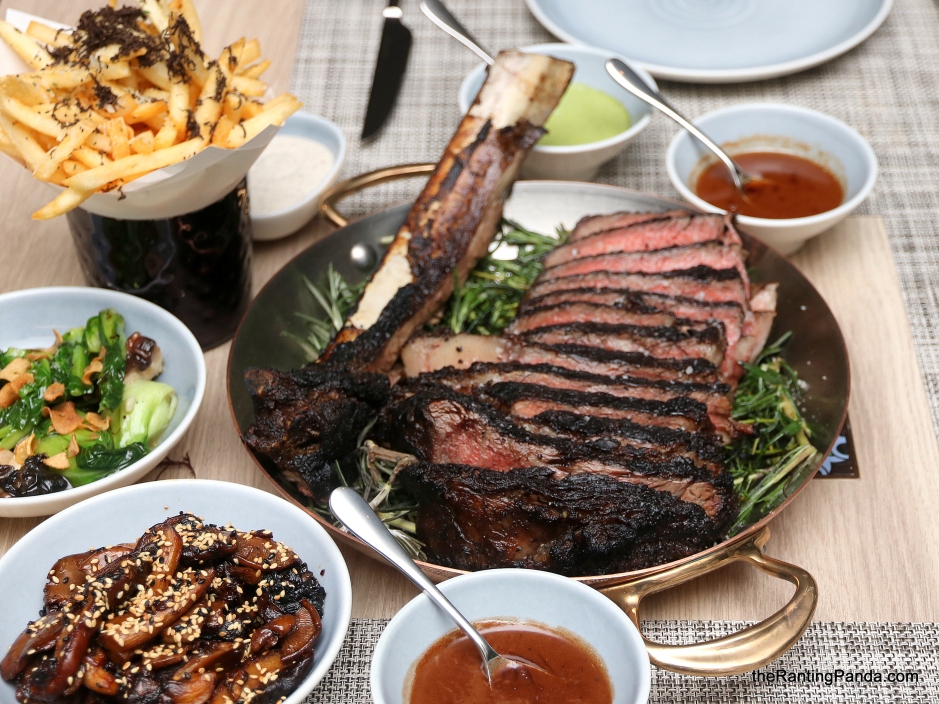 Pince & Pints welcomes another type of crustacean – Crabs!
It has just been lobster rolls for many years, and finally there is another type of crustacean to look forward to at Pince & Pints Duxton Road, crabs! Opened since 2014, the Duxton Road outlet is where the brand started, before opening its second outlet in Katong and even boasting an outlet in Kuala Lumpur. It is not an easy feat for a restaurant to be around for five years and more in a competitive F&B market like Singapore. (Read more here…)