The Place Located in Raffles City, Salt Tapas & Bar is a spin-off of the Salt brand by Australian Celebrity Chef Luke Mangan who has various restaurants of the same brand globally. The restaurant has been opened for a few years in Raffles City, but has recently seen a change in its Head Chef to Chef Jake Kowalewski, who is Chef Luke’s culinary protégée. The vibe of Salt tapas & bar takes on the relaxed Aussie style, think red brick interior and a small al fresco dining area overlooking the street, even though the dishes and concept are largely Spanish tapas inspired. 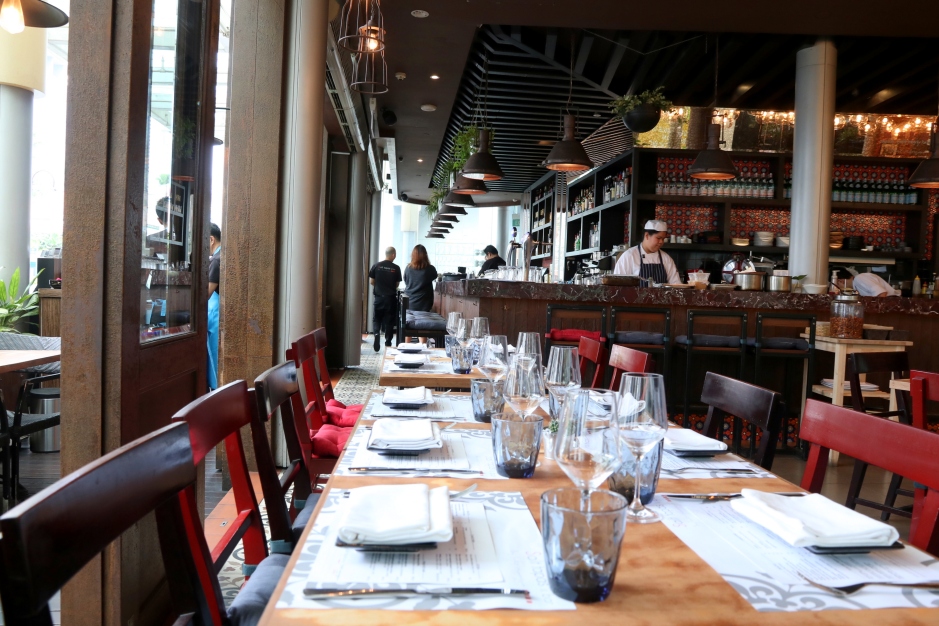 The Food With the new Head Chef comes along a new food menu, with a focus on bringing good quality Australian ingredients to the table. The menu is split into various categories such as the “Raw and Fresh” section, ‘Ocean‘, ‘Garden’ and ‘From the farm’.

For a fresh start, we had the Scallop Tartar (S$19), prepared from fresh Hokkaido scallops with creamy avocado puree, fresh lime segments, and a house made squid ink prawn crackers on the side. Avocado puree with fresh ingredients can’t go very wrong for me.

Another raw and fresh we tried was the Cured Tuna (S$17), mixed with salt, sugar, lime, orange and lemon zest. The overall flavour was citrusy more than anything, where the tuna was almost masked by the strong citrus flavour. Topped with cucumber, pickled shallot and puffed saffron rice for an added crisp texture to the dish, this is an extremely refreshing start.

From the ‘Ocean‘ section, we enjoyed the Grilled Prawns (S$24) with crunchy Jamon Iberico crumbs, which also has an interesting element of added melon compressed in vodka and sugar syrup. Alternatively, the Slow-cooked Octopus (S$27.5) served with salad saffron potato, pickled celery and ink aioli had a nice springy texture without being too tough or overcooked. 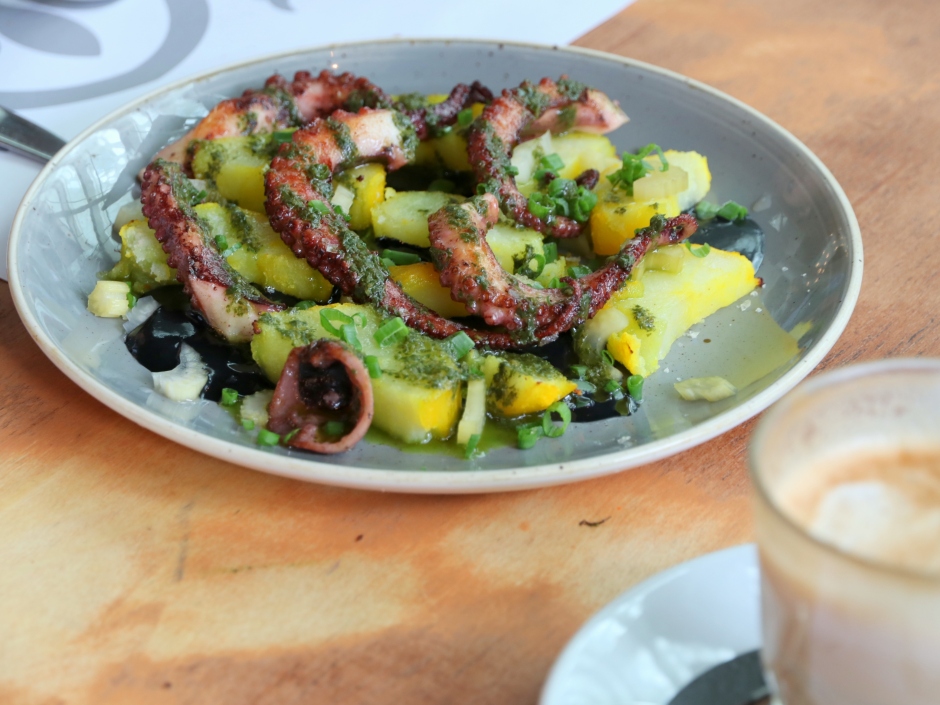 For meats under the ‘From the farm’ section, the Lamb Kofta (S$25) is a Middle Eastern inspired dish cooked with paprika, smoked paprika, garlic, oregano ,mint, parsley and chili. One highlight of this dish is that it is served with a side plate of couscous, cooked in orange juice and chicken stocks with pomegranate , cucumber, house dried tomato, almonds. I wouldn’t say I like this dish very much, as I am less of a lamb person and this was a little too gamy for me. Middle Eastern and African inspired dishes are not that familiar to me, so I might need some time to get used to its exotic flavours.

A safer meat option to have will be the Wagyu Rump Cap (S$39) from Ranger’s Valley in New South Wales, Australia. There is not much garnishing for the steak as the chef wants to highlight the rich flavours of the beef on its own. You can also choose to dip the beef in the accompanying green chimichurri, a sauce originally from Argentina which consists of parsley, oregano, garlic, dried chili, cabernet sauvignon vinegar and extra virgin olive oil.

For desserts, it was an unsurprising affair as we had the Spanish Churros (S$14) served with nutella sauce and orange marmalade. I have given up finding good ones in Singapore (the last good Churros I had in my memory was the one from Queen Victoria Market in Melbourne) but this is quite a decent rendition of this classic Spanish dessert which can potentially go wrong in many cafes and restaurants.

Rants Prices may come across as expensive for a restaurant located within a mall.

Will I Return Again? Not your usual, and that’s why you should visit Salt Tapas & Bar at least once. There are some favourites here, while some didn’t go quite well with our palates. Pricing wise, it wasn’t the most affordable as well – but it is well located at Raffles City and probably the only few restaurants where you can dine al fresco with a view of the heritage Raffles Hotel.