The Place Kallang got a new lease of life this year when the National Stadium reopened, and this could possibly be the last chance for Kallang Leisure Park to finally get it right. Newly renovated, Joyden Treasures opens at the second level of the mall, somewhat providing a missing puzzle to the mall’s tenant mix – a reputable Chinese restaurant. Keeping it classy with a simple and slick oriental decor, complete with private rooms and soon-to-be-opened alfresco dining, Joyden Treasures wants you to take them seriously with its third outlet and the first in the eastern part of Singapore.

The Food We have heard raving reviews of Joyden since they rebranded in the early 2010s. At less inviting locations (Joyden Canton at HillV2 and Joyden Seafood at West Coast), it has finally found its way into the eastern half of the island, and we were all excited to dig into their treasures!

Kicking off the meal with the Double Boiled Seafood Soup in Old Cucumber ($14), I knew my expectations will be duly met. Packed with much flavour, you will find yourself digging through the winter melon till its bare outer skin. Although, the seafood ingredients in this seafood soup was slightly missing – with the exception of a shrimp wanton.

This Phoenix Beancurd Skin Prawn Roll ($22, mid-sized portion) is unlike the usual ones we are used to having at most dim sum outlets. Doing away with the usual overly thick prawn paste found at other restaurants, this flattened version has its full prawn loaded with bits of salted and century eggs stuff between the skins.

Taking a homemade dish and bringing such goodness to the table, the Steamed Red Grouper in Homemade Soy Bean Broth (Market price) had such a good broth, such that the fish became the side dish here. 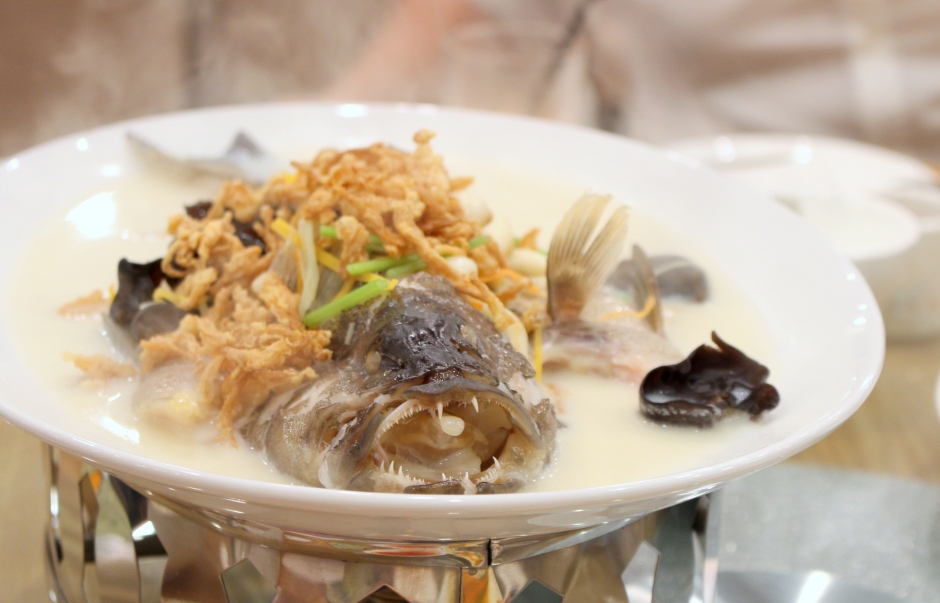 The much hyped Crispy Fragrant Duck with Lotus-Shaped Buns ($58) fell short for me, coming through a tad too dry for my liking.

These Jumbo Prawns in Traditional Dark Sauce ($36, mid-sized portion) was very flavourful, and will definitely be a crowd’s favourite so long as the prawns remain fresh.

Another highlight of the meal was the Traditional Salt Baked Crab (Market price), having baked with three types of salt. Contrasting well with the sweetness of the crab meat, just make sure you dust-off the salt around the shell as it may come across as too salty for your liking. 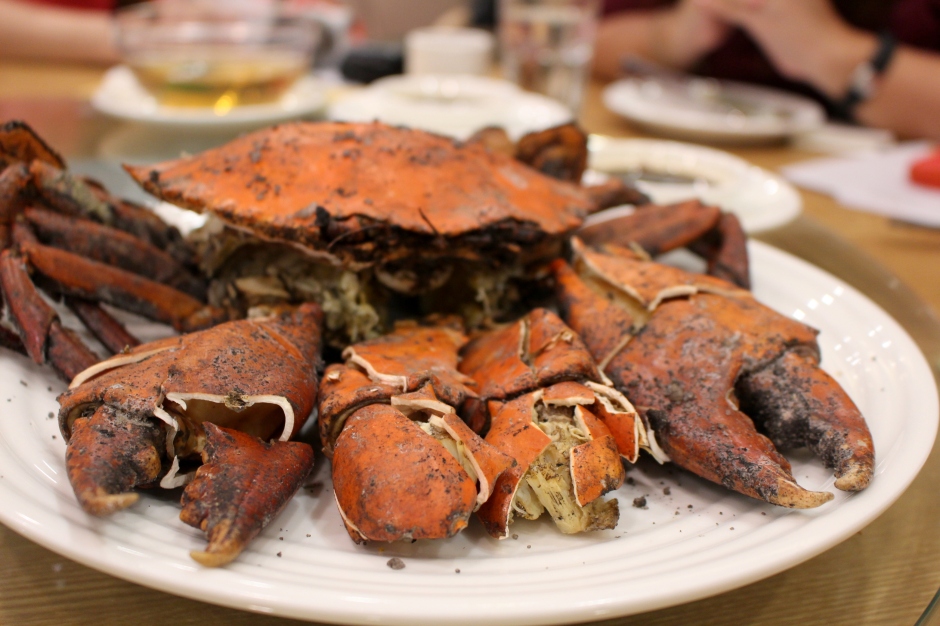 To round up the dinner, my favourite Traditional Yam Puree ($26, mid-sized portion) was served. This Orh Nee was served without coconut milk, but mixed with chopped water chestnuts, steamed pumpkin slices and topped off with a layer of sugary syrup (including lard oil!) instead. 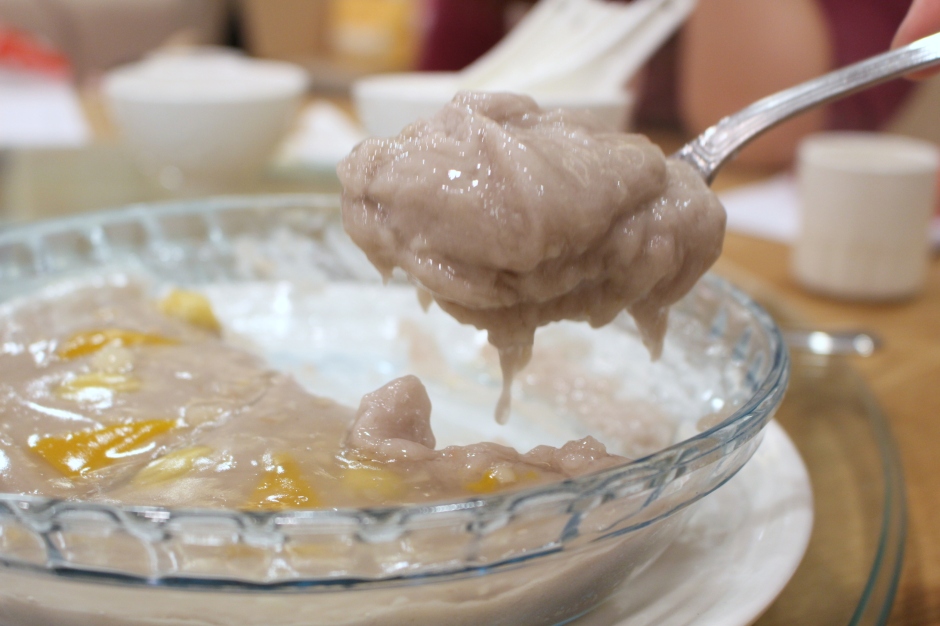 Rants Be warned. Whenever there’s a big event at the National Stadium, it might be ideal to avoid the Kallang area.

Will I Return Again? I love my Chinese zi-char food. At Joyden, these dishes are redefined and made it into affordable restaurant fare; will be back for more!

Go eat at Eat First! Steamed Fish Head is done with bean paste, and finished with the to-die-for pork lard! Just make sure you go early, as tables are snapped up by hungry diners when it opens for dinner sharply at 545pm daily. Come hungry!
Hokkien Mee from Zhen De La!
Zucchini Blossom Tempura?
This is quite good!
Sweetened Red Bean Soup with 50-Year Tangerine Peel!
Oh crab.
Can definitely do with this bowl of BCM now!
Dreaming of this Uni Cone!
Beef Noodles in Ang Mo Kio! Used to be better back during its heydays.
Hawker Centre Dim Sum at Marine Parade!
Have you come across Cod Chowder before?
A quick breakfast before workout!