We all love dim sum, period. There are many great Cantonese and Chinese restaurants in Singapore where you can get a taste of Hong Kong without having the need to jet off. Here are some of our must try dim sum restaurants in Singapore to satisfy your dim sum craving for that satiating salted egg custard bun (or ‘Liu Sha Bao’) or delectable siew mai. From the commonly known restaurants like Tim Ho Wan, 126 Dim Sum, Swee Choon and Victor’s Kitchen, relatively newer names like Mitzo and Kai Garden, established hotel restaurants like Yan Ting, Shang Palace and Hai Tien Lo to one of the most nostalgic Cantonese restaurant in Singapore, Red Star.

Fancy cocktail pairing with dim sum? Mitzo is not quite your usual Chinese restaurant. The contemporary and modern design of the place is out to change your perception of the conventional oriental design, but what impresses more is still its food. Think Braised Truffles Udon, Crispy Duck Roll and Charcoal Custard Bun. There is a weekend dim sum brunch at Mitzo (check out our full review) from $68++ per person, with a selection of over fourty dishes.

Kai Garden is easily one of the more impressive new Chinese restaurant to open in the past six months. It is not difficult to see why, as it is helmed by the ex-Group Executive Chef of Paradise Group. The dim sum dishes are innovative here, such as some of my favourites like the Pan-fried Charcoal Pork Bun and Pan-fried Pork Dumpling “Siew Mai”. Located in Marina Square, prices are on the higher end ($5 to $8 on average per dim sum dish) but it is definitely worth a try at least once.Make your reservation instantly at Kai Garden here.

I was reluctant to put Red Star Chinese Restaurant on this list as I have not been back for awhile. As one of the oldest surviving Cantonese restaurants in Singapore, the main drawing factor for Red Star is its rustic, old-school charm. This is probably the only dim sum restaurant in Singapore closest to the ambience in Hong Kong – wide and spacious setting, aunties pushing the dim sum trolley from table to table and for some true-blue Cantonese dining experience, the rather brash service. While the standard of the food is a far cry from its heydays, it still remains a popular spot for good old family gatherings on weekends.

Established for over fourty years, Shang Palace at Shangri-La Hotel Singapore has recently undergone a revamp, spotting a new oriental outlook with a prominent red and white theme. New dim sum dishes were launched with its re-opening last year, with some signatures like the Pan-fried Bun with Chilli Crab Meat and Deep-fried Shredded Turnip Pastry with Foie Gras. I love how the chef at Shang Palace incorporates local and western elements into the dim sum dishes to create a strong differentiation from the masses.

If you fancy having good dim sum in a nice ambience, Yan Ting is one of the top choices which come to my mind. As the resident Cantonese restaurant in The St. Regis Singapore, go for the weekend dim sum brunch buffet if you are willing to splurge, with more than 60 dishes to choose from. Not a big eater? Go for the specially curated set meal or simply do it the a la carte fashion. The quality across the dishes are consistently good.

Almost everyone who loves dim sum knows Swee Choon, the dim sum restaurant along Jalan Besar road famous for its cheap and good dim sum offerings. The queues form quickly everyday when it opens at 6pm in the evening till late night, with a systematic auto-numbering system. The business is so good that it occupies a rather big space, with both air-conditioned and outdoor seats on site. As for the food, don’t expect Michelin standards but it’s definitely value for money. A popular spot for supper among Singaporeans. 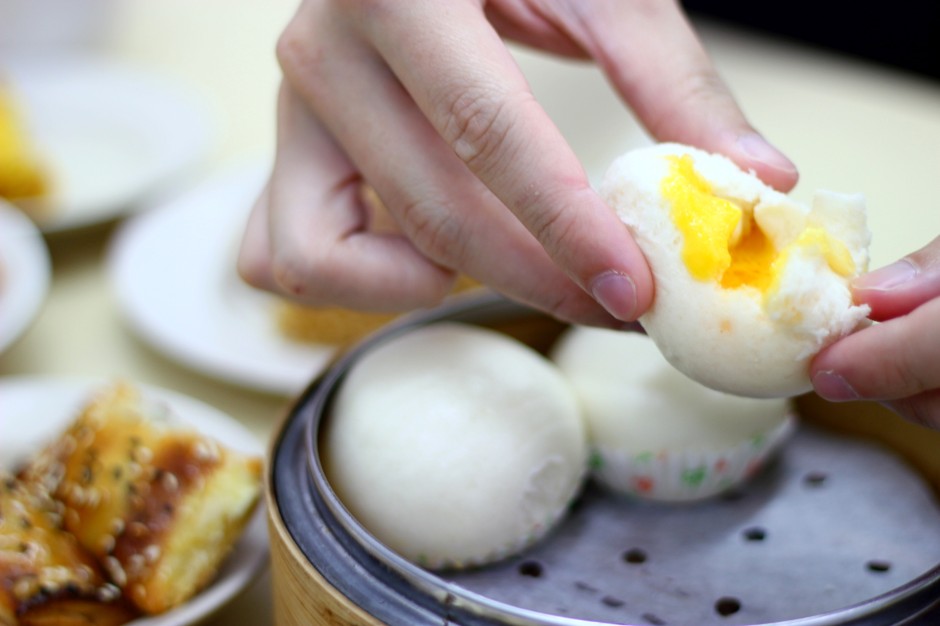 Similarly to Swee Choon, 126 Dim Sum restaurant doesn’t overprice its dishes and opens till late night, a popular option to satisfy your late night dim sum craving with outlets in Geylang and Serangoon Road. You won’t get the insane crowd at Swee Choon here, but the value for money dim sum dishes are no less comforting. A good spot for a fuss-free and unpretentious dim sum meal.

While Tim Ho Wan does not excite me as much as the days when it has not landed in Singapore, it would be an injustice to leave it out of this list. Afterall, this Hong Kong name which started as a small and cramp eatery in Mongkok is possibly the cheapest Michelin star restaurant ever. There are already close to ten outlets in Singapore since it first opened a few years back. The best dish for me is no doubt the crispy barbecue pork bun, the dish which propelled its popularity.

There are not many dim sum restaurants in Singapore like Victor’s Kitchen, a nondescript eatery located in Sunshine Plaza near Bugis. The owner is from Hong Kong, and they have been opened for more many years from a small eatery to an expanded size at Sunshine Plaza. The space here is nothing fanciful, which reminds me of the old Hong Kong noisy dim sum scene. The spread is wide, where you will find almost every classic dim sum dish ranging between $3 to $5. Quality wise, it is not top notch dim sum fare but I would say it is well worth the value. Victor’s Kitchen also has its second outlet in Chinatown Point.

If you are looking for a higher end Cantonese restaurant to indulge in some good dim sum, Hai Tien Lo is one of our recommendation. Located in Pan Pacific Singapore, there is a Weekday Dim Sum Buffet at Hai Tien Lo, priced at S$56++ per person. Highlights include Classic Dim Sum dishes such as Steamed Shrimp Dumplings, Steamed Xiao Long Bao with Minced Pork and Steamed Barbecued Pork Buns. In addition, you also get to try some of Hai Tien Lo Signatures like the Steamed Minced Beef Dumplings with Ginger and Spring Onion, Baked Barbecued Pork Pastry and Golden Deep-fried Prawn Paste with Wasabi Mayonnaise. The best part is the complimentary serving of Chilled Homemade Beancurd with Bird’s Nest.