Kyuu by Shunsui
Latest restaurant to open at the ever vibrant dining scene of Keong Saik Road, the restaurant is a sister restaurant of Five Nines and Kappo Shunsui at Orchard’s Cuppage Plaza. Helmed by Head Chef Issey Araki, formerly from one Michelin Starred restaurant Akasaka Tantei in Tokyo, Japan. Serving up omakase meal, followed by ala-carte options after 9pm daily, the highlight of the omakase has to be the Hokkaido Rice Nanatsuboshi covered with Salmon Roe. The focus is really not the rice, but the endless pouring of the ikura by the chef till you say stop. [Read more here…]

Blackwattle
Opened by award-winning Australia Chef Clayton Wells and helmed by Head Chef Joeri Timmermans, who has most recently been the sous chef of award winning Automata in Sydney, the Blackwattle restaurant at the buzzing Amoy Street is a two-storeys shophouse restaurant serving Modern Australian cuisine. This is Chef Clayton’s first restaurant outside Australia in partnership with Unlisted Collection. Blackwattle is the name for a number of species of trees that are native to Australia, where the 60-seat restaurant and bar is opened for lunch and dinner. [Read more here…] 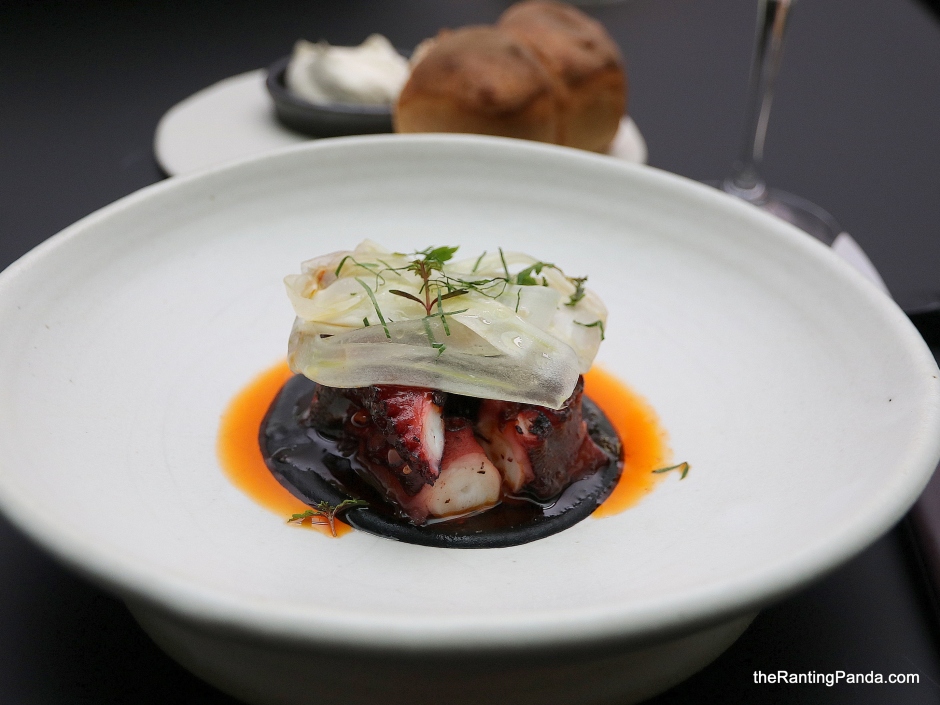 Aburiya
Located at Boat Quay, the Japanese Yakiniku dining concept has been opened earlier this year, managed by the same team who also runs the Robertson Quay outlet which has been around for years. Other than Aburiya Japanese Wagyu Yakiniku, adjacent to it is The Container Wagyu Tapas & Bar run by the same company, a casual concept by the Singapore River offering a tapas menu. Aburiya’s Boat Quay concept spots a contemporary Japanese zen look, with many individual dining compartments decked in wooden furnishings. There is no strong smell of meats or smoky ambience like what we encountered in Japan before, so be rest assured if this is a concern. The quality of the meats here are definitely above average, while prices are fairly reasonable as compared to other similar establishments. [Read more here…]

HolyCrab
Tan Quee Lan Street is probably the most interesting dining street in Bugis the last two years, with the few months old HolyCrab being one of the latest addition to this vibrant street specialising in no surprise, crabs. The concept of HolyCrab comes from owner and Chef Elton, who had seven years of private dining experience before the brand opened its first eatery at Tan Quee Lan Street in partnership with the neighbouring Joo Bar. The space can accommodate 30 diners, decked in fiery red crab tones to remind you of the restaurant’s forte. Go for the most controversial flavour, the Balsamic Crab, and HolyCrab’s take on Hokkien Mee, Hooked on Mee. [Read more here…]

Durian season at the Coffee Lounge, Goodwood Park Hotel
Located at Goodwood Park Hotel, Coffee Lounge is the restaurant famous for its Taiwan Porridge Buffet but never did I know that the casual restaurant does local delights and dessert buffet too. The restaurant is located within the Grand Tower Wing of the hotel, with its latest revamp back in 2007. There is an ongoing Dessert Buffet with Mao Shan Wang Specialities from 14 October to 17 November 2017, where there are a series of Mao Shan Wang dessert specials in addition to the usual dessert spread. Durian-lovers, what are you waiting for? [Read more here…] 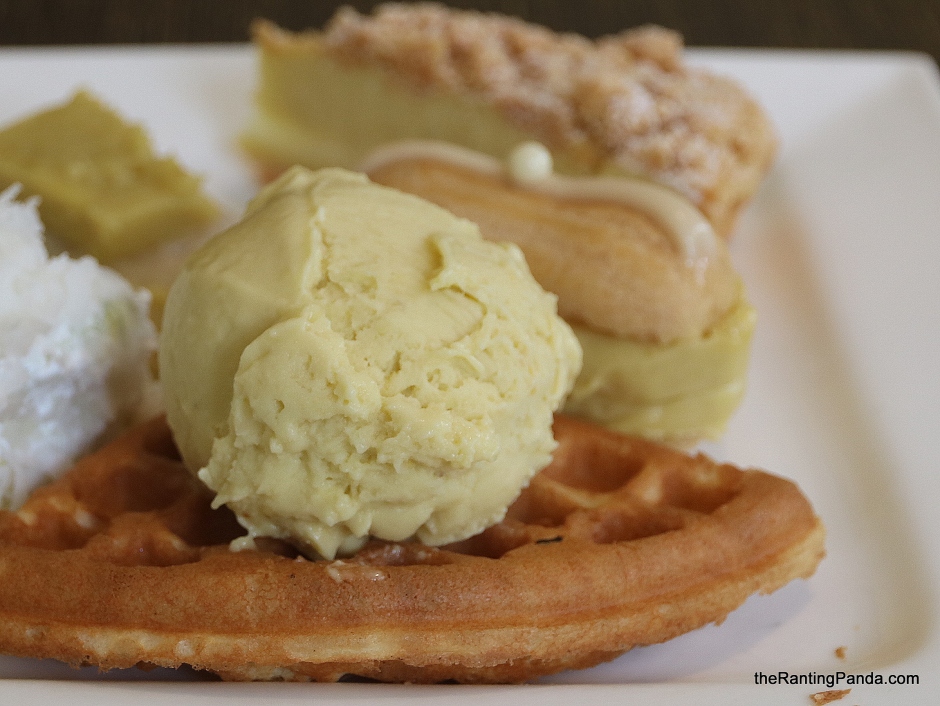 New Dinner Menu at Botanico
One of our favourite restaurants to open this year, Botanico has introduced a new dinner menu, including a 5-course set dinner menu (S$72++). We fell in love with the fried Cauliﬂower mixed in creamy Cañarejal cheese, the best Foie Gras “Latte” and the Seabass Ceviche topped with shrimp paste ice cream. We have been to Botanico twice, and left impressed with the food on both occasions. The combination of ingredients is fun and interesting, while the cool outdoor ambience is still quite unbeatable. 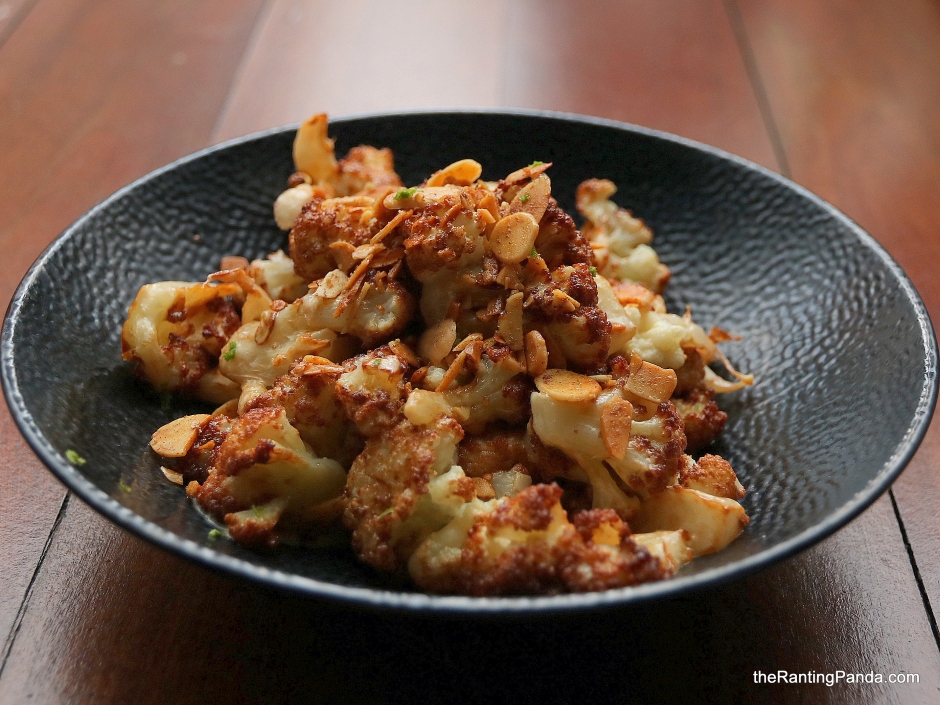 Savourworld opens at Kent Ridge’s Science Park
The newest building at the Singapore Science Park, Ascendas Ascent’s Savourworld is a gourmet destination where 30 concepts gather in a 60,000 sqft of space – although not all concepts are operating as yet, we counted 16 as of early October. Just minutes walk away from Kent Ridge MRT Station, and a stone’s throw from the National University of Singapore campus, this seems like a perfect spot for gatherings or to fix your hunger pangs. Concepts includes Blue Lotus Chinese Noodle Bar, Tokyo Joe, Wildfire Chicken & Burger, Licktionary, Cha Tra Mae and drinking spots includes Blotto Bottles and The Good Beer Company. [Read more here…]

Fat Cow introduces Omakase meals
It is a well-known fact that Fat Cow restaurant located at Camden Medical Centre serves good Japanese wagyu beef. Managed by Refinery Concepts, the restaurant has recently undergone some minor revamp in its interior and menu. There are three dining sections, with one of its dining room being redesigned to introduce a new 8-seater omakase counter, the Chef’s Table. The new Chef’s Table is helmed by Tokyo-born Chef Shigeru Kasajima, who has a vast culinary experience in various kitchens around the world, including French cuisine during the early years of his career. Fat Cow’s Omakase set starts from S$280++ per person. [Read more here…]

Opus Bar & Grill at Hilton Singapore introduces whiskey-aged Tomahawk steak
Whiskey on steak? Opus Bar & Grill has introduced bourbon whiskey-aged 1 to 1.2 kg U.S. California Tomahawk steak to its regular and extensive steak menu, whereby the Tomahawk steak is wrapped in a bourbon whiskey-soaked cloth and dry-aged in a custom-made Himalayan salt tile cabinet for up to 21 days. Priced at S$128++ which serves 2 pax,  the Tomahawk steak we tried was quite succulent with subtle notes of the whiskey which was absorbed into the flavours of the meats relatively quickly. The liquor has the effect of amplifying the dry-aging process, further enhancing the meat’s flavor.

Australian Tomahawk and Argentinean wine pairing at Ce La Vi, Marina Bay Sands
Renowned Argentinean vineyard, Terrazas de los Andes is partnering with four restaurants (Ce La Vi, Shabestan, Cook & Brew and The White Rocket) Singapore to launch a steak and wine flight, which will be available from October through December. We had ours at Ce La Vi, which showcases a 1.2kg Australian Black Angus Tomahawk (S$226++) from Ranger Valley (Grade M6). This steak feeds about 2 to 3 pax and is slow roasted with brown butter, garlic, thyme and rosemary, paired with a bottle of Terrazas Reserva Malbec (S$128++ per bottle). The wine and steak pairing cost S$326++. 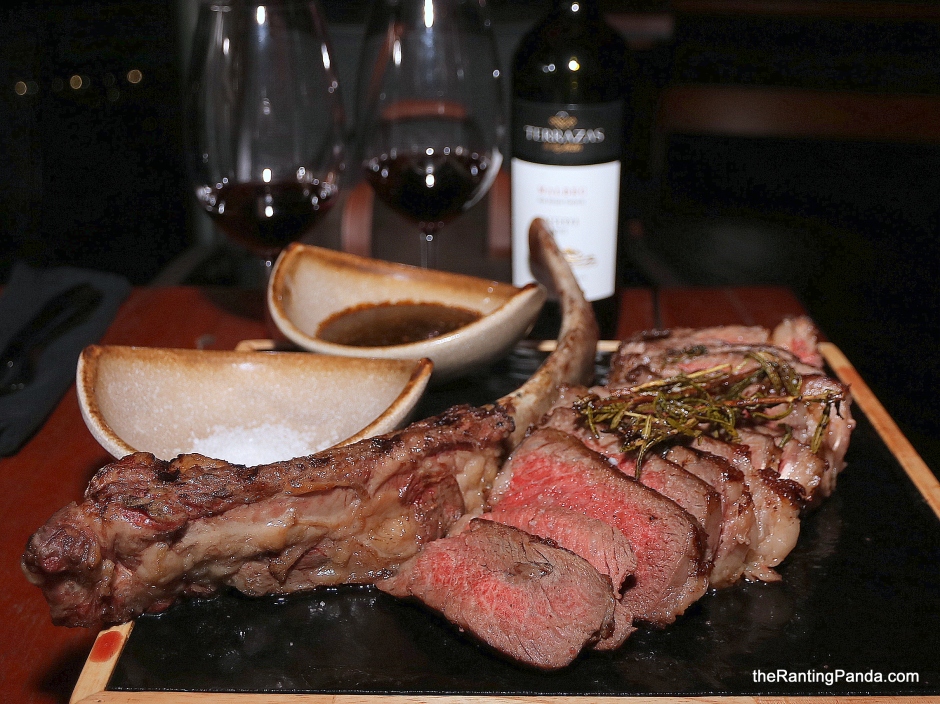 Ranted by the Ranter and the Rantee

Homemade Jenny Bakery inspired butter cookies from @Shirley_Confectionery, the cookies are not as buttery as the famous HK brand but we thought that it is not too bad. Psychologically, each piece is less sinful. Made with unsalted butter.
Enjoyable meaty dinner from @CulinaComoDempsey!
Our pastry loot this morning!
Choose your pillow! Time for bed with these soft pillows.
Brunch all day, at home!
Will we see the rainbow soon?
Checking out this new Japanese delivery @GetCoopSG by Neon Pigeon!
New hawker concept in Ion Orchard!
Wagyu Truffle Beef Hor Fun from @TheDragonChamber!
Been doing a couple of meal takeaways from @ParadiseGrpSG such as Paradise Dynasty and Canton Paradise as there is 25% Off Takeaway Food Bill currently! There is also complimentary Item with minimum spend at each dining concept.
Nutella, Peanut Butter, Double Chocolate, what else you spotted?
Pretty good pastas we had from a new pasta restaurant @HandBello.SG in Amoy Street!