The Route The 2018 RJ Business Class product by Singapore Airline excites me, and I finally tried it on my recent trip to Taipei. The 2018 RJ seat on Boeing 787-10 can be found on most Singapore Airline’s regional routes such as to Denpasar, Bangkok and even as far as Osaka. I boarded SQ876 to Taipei, a morning flight which also gives me some time to check out the Singapore Airlines SilverKris Lounge in Terminal 3 prior to departure.

The Seat With a staggered 1-2-1 configuration, everyone gets aisle access which is something I value highly. I chose seat 17A which is awesome.

Other than the configuration, I embrace this new design because it has the privacy of passengers in mind, and it also matters if you are flying alone, or as a couple. At the sides, 8 seats faces the window, perfect for some sky gazing moments; while 10 seats faces the aisle. I am personally not fond of the latter! 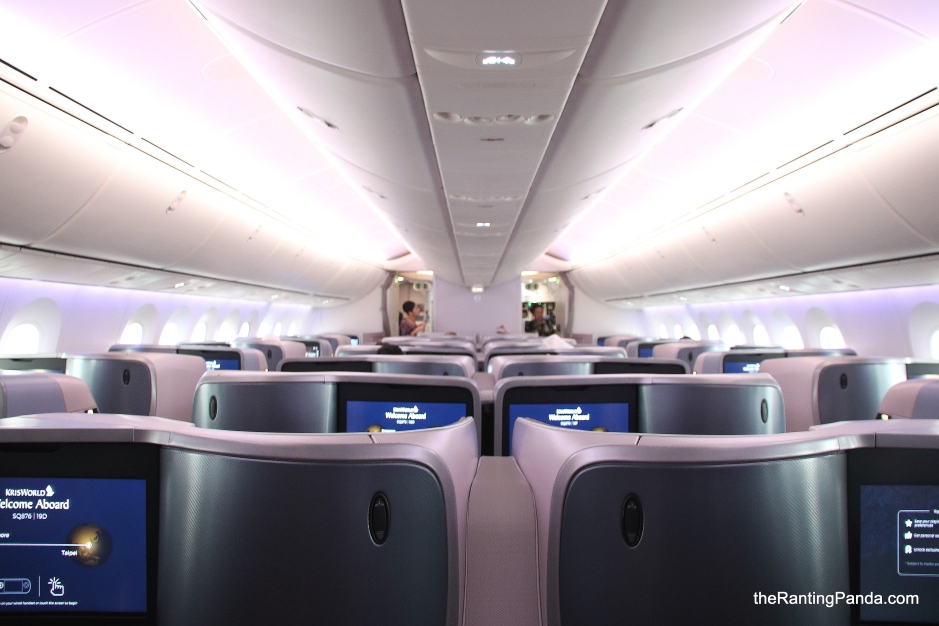 In any case, couples can very well go for the middle two seats which are closely side by side; otherwise solo travellers can opt for the seats like row 12 in the middle which both faces the aisle to each side. There is also a privacy divider which can be extended for a better “separation”.

With a width of 26″ when the armrests are lowered, it is not as wide as the 2013 J version which I took from Auckland to Singapore in the image below. That said, it is still reasonably spacious for a regional short to medium haul flight.

In terms of compartments, there is a small compartment on the side console where the headphone, menu and a bottle of water are stored. It is not big, but good enough to store my phone, charger and passport as well. There is also additional storage compartment below the leg rest to store any additional bags you have.

For buttons, they are all touchscreen styles where you can set your privacy mode and adjust your seat. Yes, you can fully recline the seat by simply pressing the decline button instead of “making” the bed by flipping the seat as per the 2013 J version.

The 2018 RJ seat fully reclines to 180 degrees, and you can stretch you leg straight without bending at any odd angles. At 76″ length, it is definitely long enough, at least for me.

My main gripe is that the access to the seat is quite narrow where I have to move in sideways for an average build. This is primarily due to the way the seat is designed to give passengers more privacy which is well, justifiable.

For starters, I had some croissant and muffin which are delicious.

I highly recommend the Bak Chor Mee, which seems with a bowl of thick soup with three meatballs. It might be psychological, but having this hawker dish at 30,000 feet tasted awesome. While the noodles are a tad too tough, the flavour and essence of the classic Singaporean dish is still there.

The regrettable part is that no dessert is served for the morning flight, which I was looking forward to. 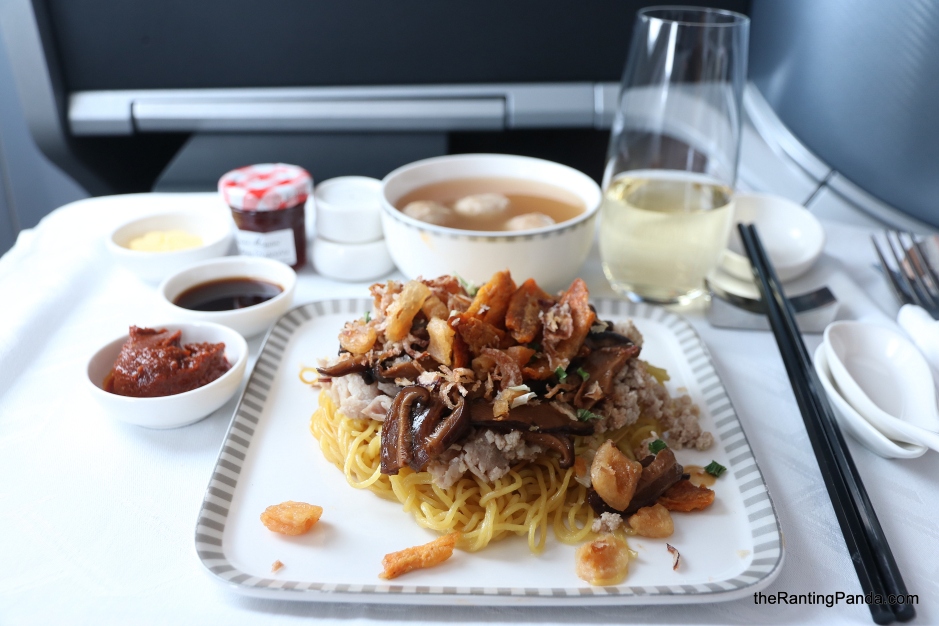 If you did not manage to select your mains via Book The Cook, the in-flight menu does not look too shabby either. 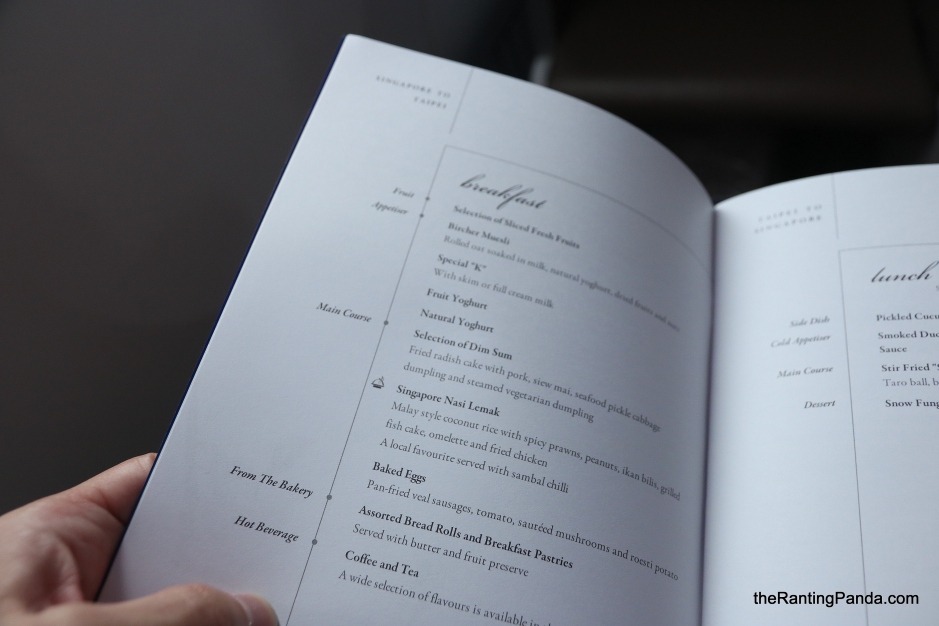 Overall Experience In summary, I enjoyed the 2018 RJ business class experience on B787-10. It helps that the seats are still very new, and I couldn’t ask for more for a medium-haul flight to Taipei. The service is pleasant and attentive, as per my expectations of Singapore Airlines.

Soup Restaurant’s June Exclusive Value Set!
A part of us kinda forget what it’s like to dine out, or perhaps our instincts of planning a trip.
Dining home, or out to go?
Our local feast from Princess Terrace the other day, you can’t go wrong with the Char Kway Teow!
Trying the new ‘Chee-z Baked Rice’ from @MongaSingapore!
Always a good Kosong Prata from Chindamani!
Dessert boxes from @WhiskitCafe to make life a little sweeter!
Really good plate of Wanton Noodle we had recently!
Our chicken rice affair at home!
Causal Japanese meal from @RyuTaroYakitoriSG, a relatively new restaurant in Neil Road.
Pretty affordable Zichar from @YorkHotelSG!
‼️FYI, please do not provide your personal information and credit card information to any other accounts on Instagram. Those are SPAM accounts.‼️