The Place Another add on to the ever bustling café and restaurant scene in the Jalan Besar/Lavender neighbourhood is Babette, a modern fusion Japanese and French restaurant in the new Parc Sovereign Hotel along Tyrwhitt Road. I have been eager to check out this new restaurant as modern Japanese cuisine has always been my favourite, and my expectations were further lifted by the twist introduced by the French element in the menu. Babette is just located at the lobby of Parc Sovereign Hotel, so it is quite difficult to miss it if you walk along Tyrwhitt Road, which should not be unfamiliar to fans of the nearby Chye Seng Huat Hardware. 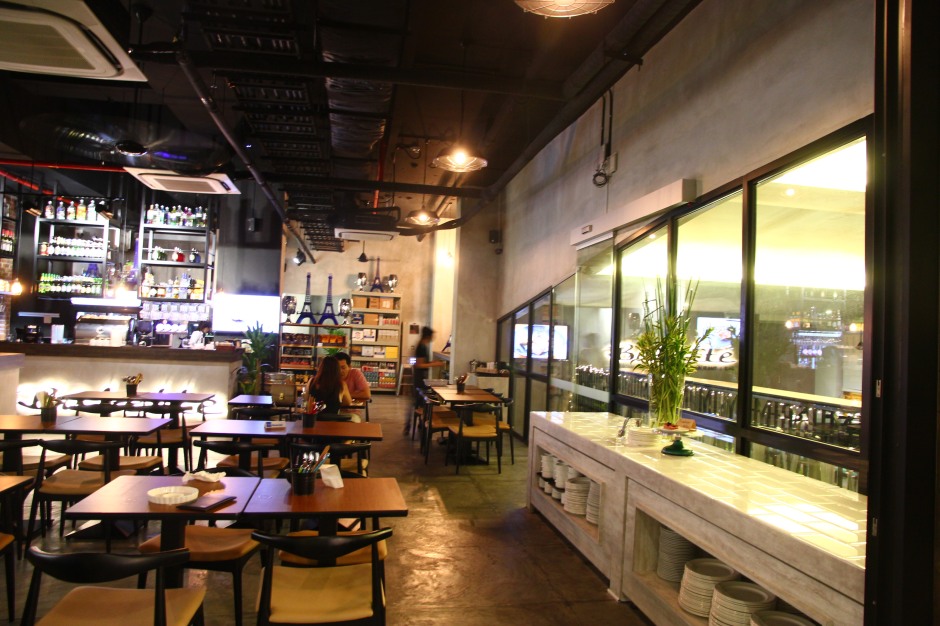 The Food I love the range of choices on the menu from the Tapas and Sides to the Mains and Desserts. Some of the interesting and creative dishes we spotted include the Bacon Tempura ($10), Roasted Avocado ($12), Steak and Foie Gras Donburi ($28), Duck Confit Donburi ($28) and the Matcha Lava Cake ($12). Unfortunately, the Steak and Foie Gras Donburi ($28) was sold out when we were there, which I heard was very good. Oh well, there is always next time I guess. For beer lovers. you will be happy to know there is an on-going happy hour promotion throughout the evening.

We were not in the mood for beer so we started with the refreshing Honey Yuzu Ice Blended ($7), which would be better if the honey yuzu content was stronger.

I have had many types of tempura before but trying the Bacon Tempura ($10) was my first. It was so good I swear. The bacon tempura was so crispy with the perfect amount of flour to give its texture the light crust, and combined it with the yuzu mayo ( I love yuzu!), it was heavenly. 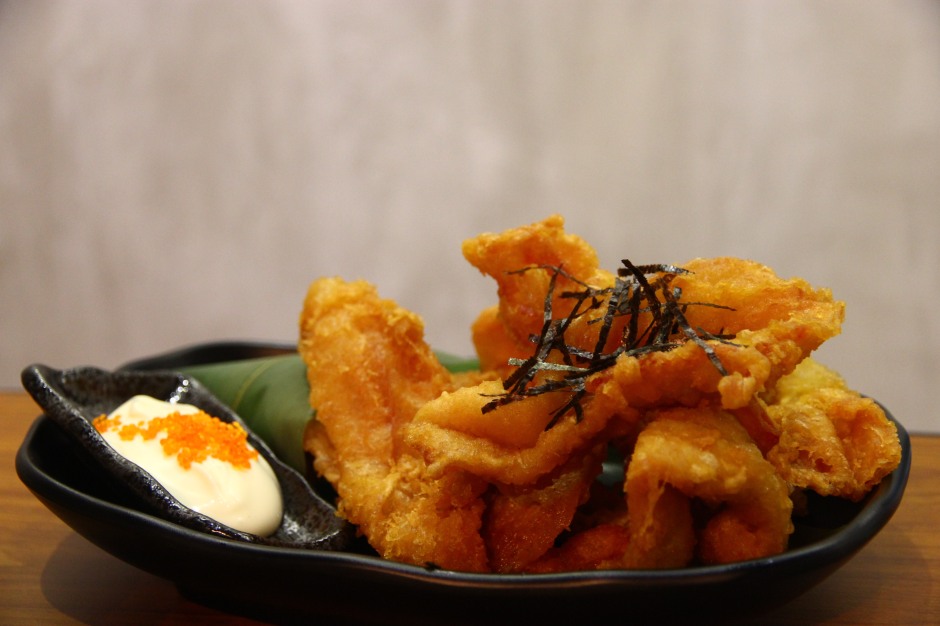 For mains, we tried the Batette Chirashi Donburi ($19) which was one of the popular dishes here. The mix assortment of sashimi was quite fresh, which included Scallop, Tuna and Salmon sashimi.

The donburi which surprised us more in taste was the Duck Confit Donburi ($28), which we heard that the duck skin was specially seared to give it the crispy texture. It was one of the best duck confit I ever had, especially the tasty and tender duck meat as well as the ever crispy duck skin, which went very well with the rice.

For desserts, there were the likes of Crème Brulee ($7) and Red Velvet Waffles ($10) but we were bent on trying the Matcha Lava Cake ($12). I pay a lot of attention to how the lava oozes in every lava cake, and Babette’s version definitely passed my test. The green tea used in the white chocolate fondant was so rich and good, with an almost perfect texture for a lava cake. I enjoyed drenching the vanilla ice-cream with the cake as it was such a heavenly combination of flavours. Red bean lovers would be pleased to enjoy the premium azuki red bean here.

Rants We don’t particularly rave about Babette, but yet at its reasonable price and delectable mains, tRP decided to refrain from ranting – just for once.

Will I return again? Definitely. Food’s good. Location ok. Price reasonable. More importantly, you will get a table anytime – noting it’s location, not the most hip to be in on the weekends!